Understanding Trauma – part one of three 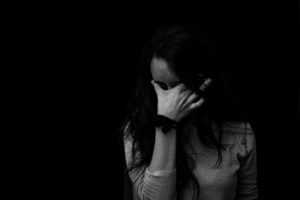 TRAUMA -A series (part one of three)

From Websters:
trau ● ma/ ‘ troumә  ‘ trởmә
a disordered psychic or behavioral state resulting from severe mental or emotional stress or physical injury
Did You Know?
Trauma is the Greek word for “wound”.  Although the Greek’s used the term for only physical injuries, nowadays, trauma is just as likely to refer to emotional wounds. We now know that a traumatic event can leave psychological symptoms long after any physical injuries have healed. The psychological reaction to an emotional trauma now has an established name: post-traumatic stress disorder, or PTSD. It usually occurs after an extremely stressful event, such as a car accident, a natural disaster, a medical emergency, assault or sexual or physical abuse or from seeing another person be seriously hurt or killed.
So many of the women that turn to Santa Maria for assistance are suffering from deep experiences of trauma. They have often been exposed to multiple traumatic events that were extremely severe and overpowered the coping skills they possessed.  Oftentimes, these events were a part of their childhood. These overwhelming events, often unacknowledged or unreported, simply became unanswered and untreated experiences that threatened development, stability and peace for the individual.
Survivors of trauma may develop emotional issues like extreme anxiety, anger, feeling numb, profound sadness, and guilt. These survivors experience ongoing problems with sleep or physical pain, a diminished sense of self- worth, flashbacks and problems with personal and professional relationships. Sometimes the symptoms lessen, if a feeling of safety and balance return. With continued distress, some individuals turn to alcohol and drugs to numb or alter their symptoms.
Trauma changes the way individuals view the world and themselves. They often have difficulty trusting people.  They may believe the world is dangerous, or even overestimate danger causing hypersensitivity. They feel constantly on guard. They are easily startled. Sometimes, they blame themselves for the trauma. This is especially true for children believing that they should have been “better” and may have avoided abuse. Often, they see themselves as weak or inadequate. They criticize themselves for their reactions to the trauma. Sometimes these traumatic memories abate or lessen naturally over time. They can however, continue to interrupt functioning and development resulting in PTSD.
We know that trauma leaves an imprint on the brain. According to scientific research, after trauma the brain goes through biological changes that it would not have experienced if there had been no trauma. Research shows that PTSD is linked to greater activity in the brain areas that process fear and less activation in parts of the prefrontal cortex.
While these changes in function seem disastrous and appear to cause permanent damage, the truth is, all of these alterations can be treated. First they need to be recognized.  With a kind of reprograming, accomplished through on-going treatment, the body and mind can return to a healthy state.
At Santa Maria, we treat trauma disorders through a commitment to trauma-informed care and treatment modalities. More on that in our next installment.
We are here for her RecovHERy.