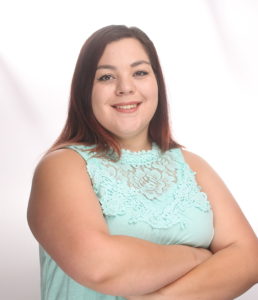 “Loving and forgiving yourself is necessary to change your life”, states Courtney Mendoza, a 29 year old Santa Maria Alumna. Growing up with parents who struggled with addiction, Courtney witnessed the negative effects of addiction throughout her childhood, to the point where she was taken away from her parents by Child Protective Services (CPS) during middle school. She later on started her addiction at the age of sixteen, consuming alcohol and smoking marihuana.

Before walking in the road to recovery, Courtney was a wife and a stay at home mother of two girls Izabella and Abigail who at the tender age of 4 and 8 months respectively were taken away from her by CPS, due to the endangering drug habit that her husband and herself were following. Unwillingly, Courtney was repeating the same cycle of addiction that she endured in her childhood. This situation made Courtney fall into a stage of depression that led her to consume even more drugs, as a coping mechanism. Shortly after, she and her husband became homeless and found themselves living in her car, living a life of heavy drug usage and active addiction, until one day, Courtney realized that if she continued living the way she was, she would never get a chance to have her children back.

After researching treatment facilities in Houston, she came across Santa Mariaand knew that going into treatment would be the only way she would ever get to gain custody of her children back. “I made up my mind about going to Santa Maria because Iknew they advocate for children and support family re-unification. I called just about every day for a month, asking if a bed was ready for me.” Finally, on September 7, 2016 she was admitted to Intensive Residential Treatment at the Jacquelyn House location, where with the support of her Case Manager, Counselor, and the Recovery Coach, she began taking the necessary steps towards recovery from her addiction and trauma.  The love for her children and desire to gain their custody back, gave her the strength and fuel to follow the recovery plan designed specifically for her.

A couple of months into the treatment program, Courtney discovered she was pregnant with her third child. Taking advantage of the resources that Santa Maria offers, Courtney was able to bring structure into her life, she learned how to cope with her anxiety and to deal with the trauma experienced in her younger years. She learned to forgive herself, to love herself, to live life in life’s terms and to embrace a life in sobriety. She was doing everything her team at Santa Maria and her CPS caseworker would ask from her… she attended meetings, she worked on her 12 steps, she stayed connected to Santa Maria even after she successfully completed 120-day program. She gave birth to her 3rdchild, Ovelia and shortly after, she moved to the Housing Program at the Santa Maria Bonita House location, where she was provided with child care for her newborn. After three months, through the available resources in the Housing Program and the support of her coach and peers in the sober living facility, Courtney was able to find a job and a few months after, she was reunited with her two older daughters.

Now she lives on her own with her three children and continues to work on herself to be a better parent. She maintains contact with her recovery coach who continues to encourage and help her make the best decisions for her overall well-being and her children.   “I learned to advocate for myself and use resources available to me– and to not to give up.”  Courtney proudly shares.  Although she believes that it is better for her to live her life one day at the time, she hopes to continue furthering her education, and in the near future purchase a home for her and her family to enjoy.  Courtney glows when speaks about her recovery and the transformed woman and mother she is today—and she looks forward to serving as a strong advocate for women in recovery.